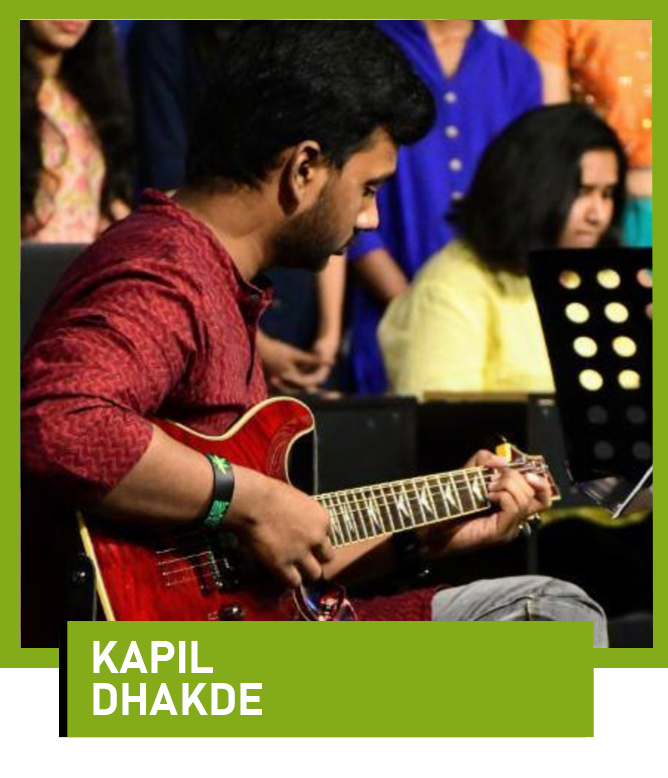 Kapil Dhakde, based in London, is a session guitarist, music producer, composer, sound designer and audio engineer, not limited to music industry knowledge.Coming as a student from the KM College of Music and Technology, Chennai (by Dr A R Rahman) from India, where he majored in Guitar and also learnt about Music Theory, Music History, Sight Reading and basic keyboard skills and developed a good ear for Indian Classical and Carnatic music.
While in Chennai, he played bass in the band "Virgil's Gambit" and performed across various platforms, including gigs for Times of India, the prestigious Global Isai Festival, Unwind, etc.
He has worked for the "LEAP Foundation" (backed by Grammy & Oscar winner Dr A R Rahman), which works for underprivileged students looking to pursue music. He released a few other tracks on Spotify over the years and is now a final-year student at Point Blank Music School.